Below are two very similar homemade submachine guns both seized in the neighborhood of Carapina, Espirito Santo earlier this year. Typical of illicit Brazilian made SMGs, the upper and lower receivers both show clear URU influence. 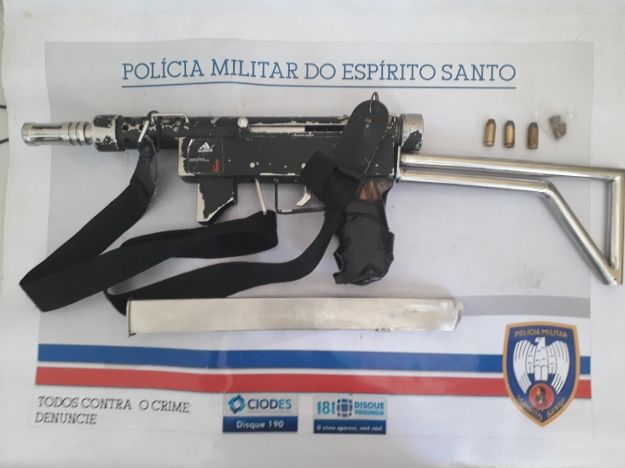 Above: The ‘Adidas model’ seized in April reportedly along with .40 ammunition. 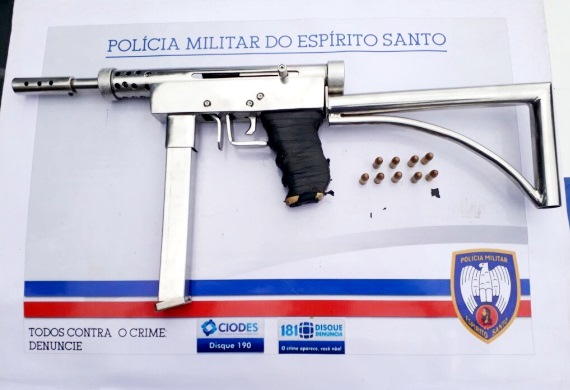 Pictures from a 2016 raid conducted on an illegal workshop in the same neighborhood appear to show identical weapons in various stages of production. The weapons were found at the home of 29-year-old Joubert Santana de Oliveira, who, according to police “manufactured submachine guns and sold them to gangs in Jardim Carapina and other municipalities.” The weapons seized this year almost certainly originated from the same workshop, demonstrating the sometimes very localized nature of even fairly sophisticated operations. 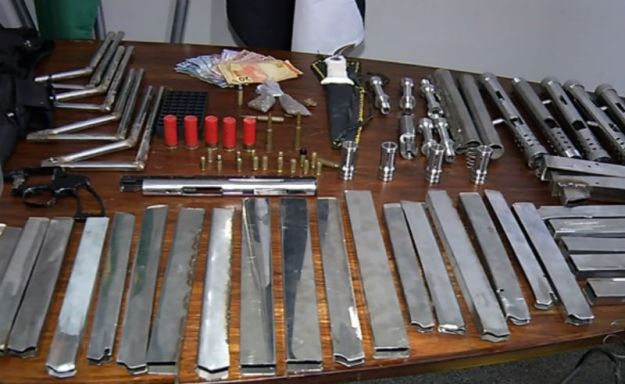