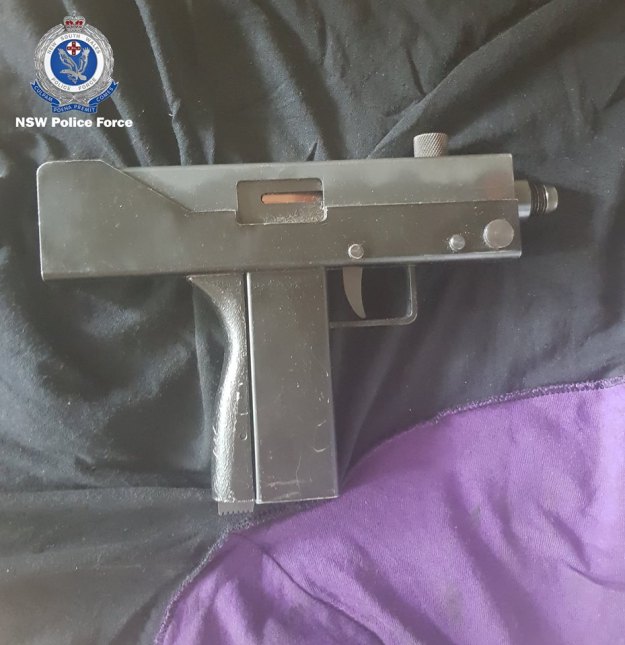 A homemade copy of the MAC-11 seized in along with other guns, cocaine and around 100 thousand dollars in cash during a drug operation by NSW Police in April. This bootleg model is easily identified as being one of many made by Sydney based jeweler Angelos Koots who was convicted in 2013 after a sting operation. He later admitting to manufacturing and supplying up to 100 of the guns to outlaw motorcycle gangs for up to $15,000 each. 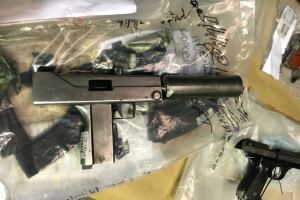 Example seized by Queensland Police in 2016. 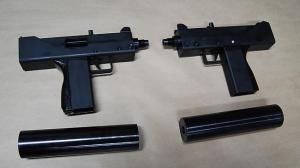 Two examples with silencers seized during a sting operation against Koots in 2013. 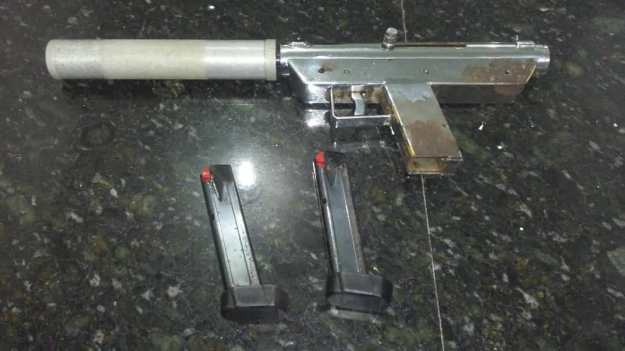 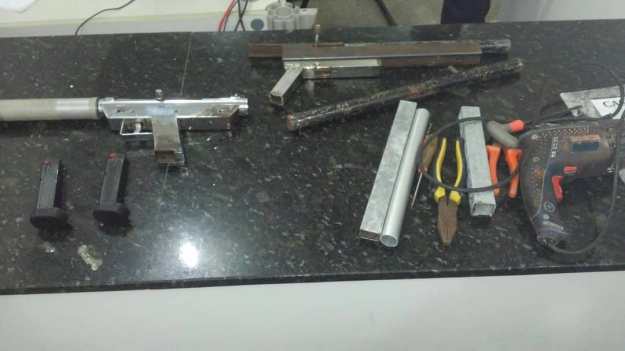 Illicit home production of lightweight MAC/UZI type submachine guns and silencers uncovered in Brazil. Such weapons can fetch up to 13,000 BRL or the equivalent of around $2,500 USD when sold on the street. 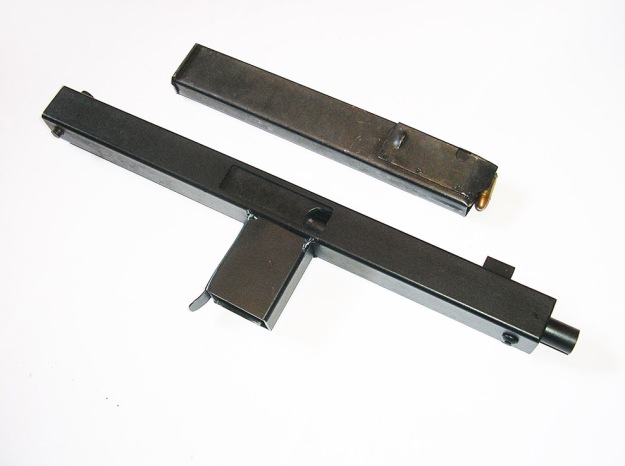 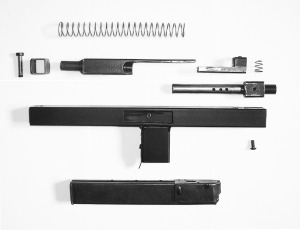 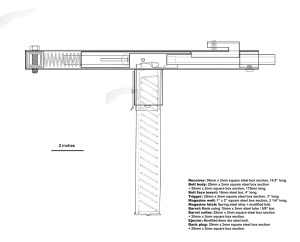 A 9mm submachine gun designed to be ultra compact and use the least number of parts possible. Nearly all components are made from square tubing including a one piece push trigger which is operated with the user’s thumb. 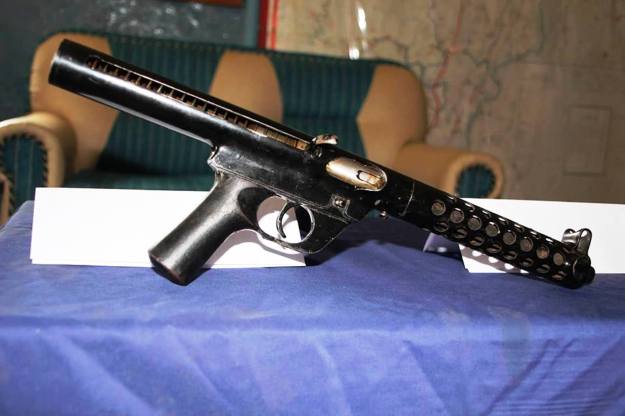 An illegally made loose copy of the 9mm Sterling submachine gun used during a shootout between a gang and police last month in Rautahat. A number of these have showed up in Maoist arms caches. Sometimes refereed to locally as a ‘desi sten’. 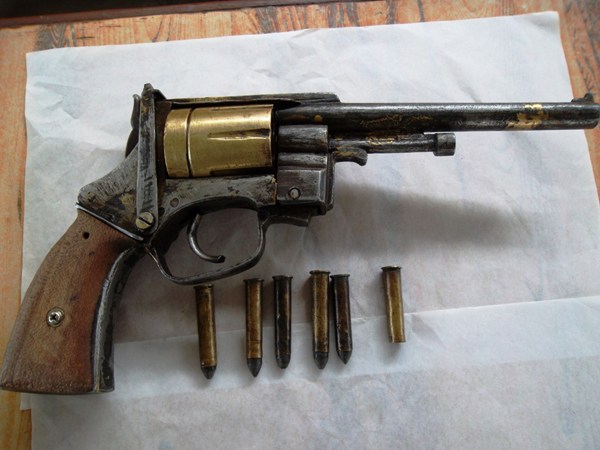 A handmade revolver and improvised ammunition seized by police in Nepal.

In the video below an updated version of the DNR separatist produced ‘Oplot’ SMG is unveiled along with a new & improved standard color scheme, 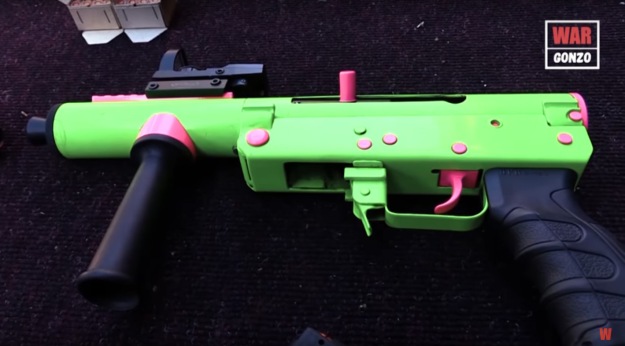 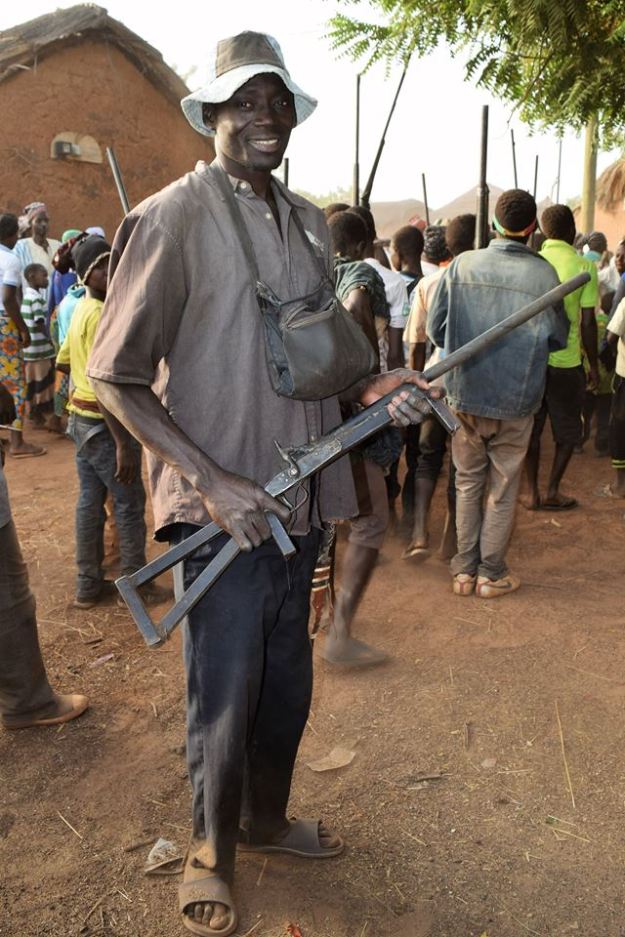 A Nigerian hunter displays a cross over from traditional materials to a more makeshift utilitarian take on things through the use of welding & scrap iron.