Two craft-made submachine guns colloquially referred to as ‘carlo’ or ‘Carl Gustaf’ pistols which were seized in northern Israel earlier this year. Along with the widely seized ‘standard’ model, present is a slightly more compact variation which has more recently appeared. 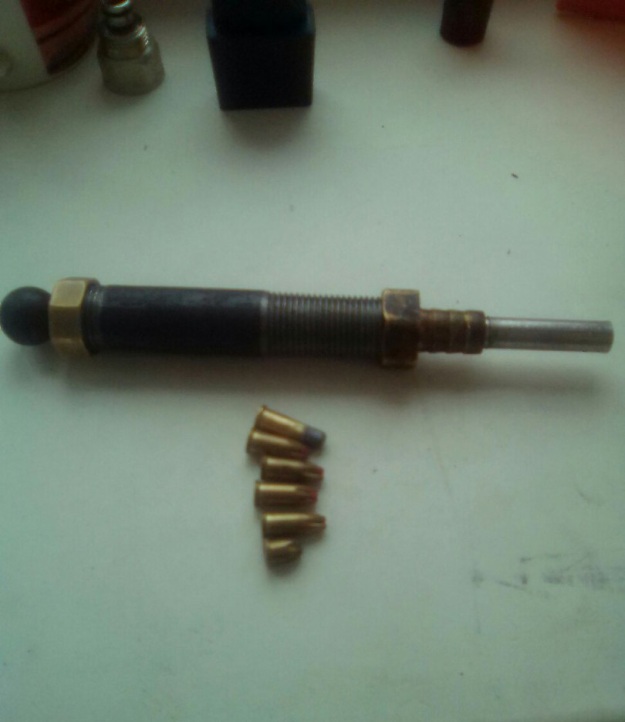 A quick and dirty improvised firearm assembled using pipe fittings available at any hardware store. Ammunition in this case has been improvised using nail gun charges with the crimp removed and a lead projectile inserted. The weapon functions by pulling back the ball end of the spring loaded striker bar and releasing to fire.

As long as metal pipes and hacksaws exist, there will be guns, as this story from the UK demonstrates:

“Chief Superintendent Pete Henrick, commander at Birmingham East police, said: “Experts examined and test fired the handmade gun. It was found to be a viable firearm and therefore a lethal weapon in the wrong hands.”

A copy of P.A Luty’s Expedient Submachine Gun handed in during a recent firearms amnesty in Australia.

Pictured are various locally craft-produced pistols recently seized by the Eastern Command of the Indian Army. Some are widely seized indigenous models while others may possibly originate from Pakistan or China.

Above: An example shown alongside improvised .22 rimfire ammunition, a trait more typical of pistols produced by illicit gunsmiths in China.

Above: A widely seized design of semi-automatic pistol produced by gunsmiths mainly in Uttar Pradesh. Along with very bad attempted Beretta markings the laminate flooring company’s logo is still visible on the grip panel.

Above: Note the serial number stamped below the grip panel which judging from the low number could possibly be for the maker’s own reference rather than inflated.

Above: Telltale brazing marks on the slide and frame suggest multi-part construction of main components.