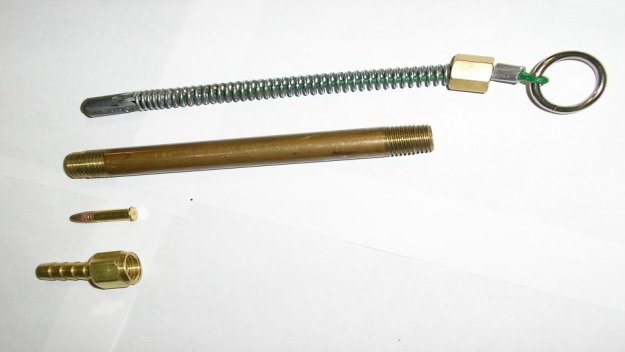 Two zip guns seized by police which are assembled from readily available pipe fittings. Both consist of a threaded copper pipe with a brass hose nipple for a barrel. A striker attached to a spring and a length of wire rope is pulled back and released to fire.

After an anonymous tip off, police arrested a man in San Jose de Campos earlier this month suspected of manufacturing and selling firearms. At least ten homemade submachine guns had been produced by him, two of the models being previously seized. Each were being sold from between $1,000 to $1,700 (USD) to local buyers. 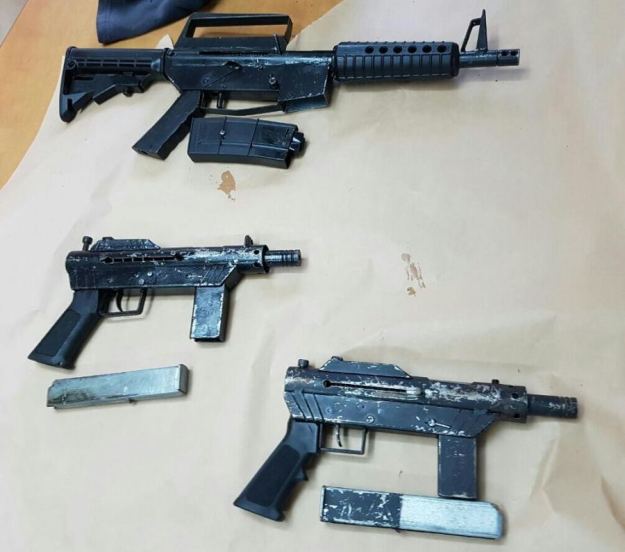 Locally made submachine guns seized by Israeli police during operations in January.

Seized following a gunfight with police officers in the Dominican Republic.

An improvised firearm pictured alongside a fired nail gun charge. Seized in Russia.

Locally made automatic handguns seized from a gang in Delhi including a ‘mini carbine’ which is similar to examples seen produced in Pakistani tribal areas such as Darra Adam Khel. This fits with a noticed shift in trends of locally made guns in India.

Other examples seized by Dehli police this month: 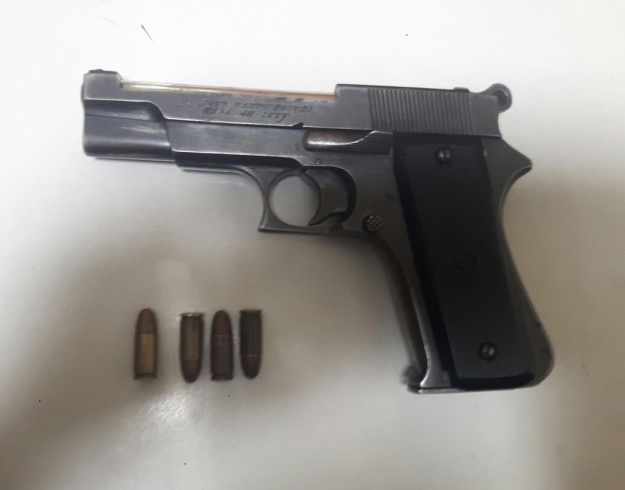 A fine pair of 12 bore ‘hammer guns’ hand crafted by Brazil’s world renowned favela artisans. A demonstration of the weapon system presented in the video below.

Seized in 2015 from an individual with Bandidos outlaw biker gang associations.